The year 1931 was marked with tremendous challenges. The United States was entering its second year of the Great Depression: a loaf of bread was 8 cents, automotive manufacturing screeched to a halt, unemployment skyrocketed to a staggering 8 million people without work, and the mob was still enjoying the height of its power. Yet, not all were without hope.

Msgr. Maurice Chawke, of St. Mary’s Parish in Royal Oak, knew that the boys of that generation needed a place to foster fraternity without the rough nature of urban life. As a way to reward boys for scholastic success, Msgr.  Chawke began to bring the Boy Scouts and high school students to an old farm lot near Gaylord, Michigan where the first 28 boys camped out in tents with a Mr. Thomas Bean.

It was on that old farm lot that the roots of Camp Sancta Maria (CSM) started to develop. 1933 marked the first year of operation for the Camp in its current perspective. Rather than being viewed as a place to reward good behavior and effort during the scholastic year, Camp Sancta Maria was opened to all boys as a place of recreation and vacation in the summer with Msgr. as chaplain and Mr. Bean as director.

While we still primarily operate as an all-boys camp – we are very pleased to offer a one-week-long girls horse camp and two one-week camps for girls at the beginning and end of the summer!

All camps remain single-gender – i.e. campers of the opposite gender are not present at CSM during the campers’ stay. 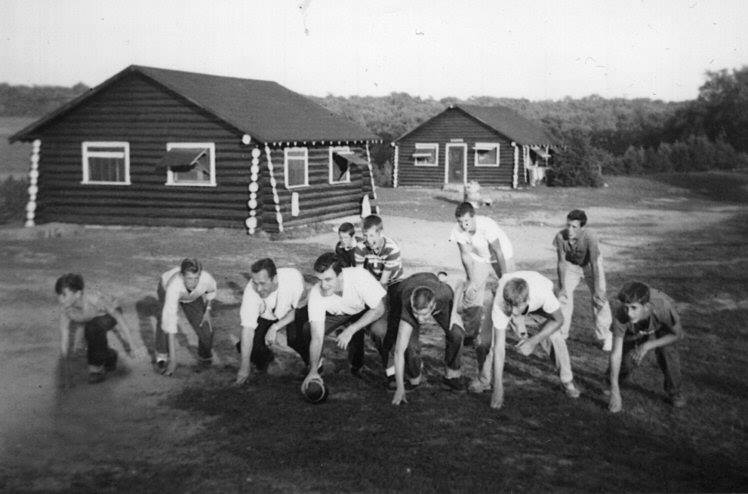 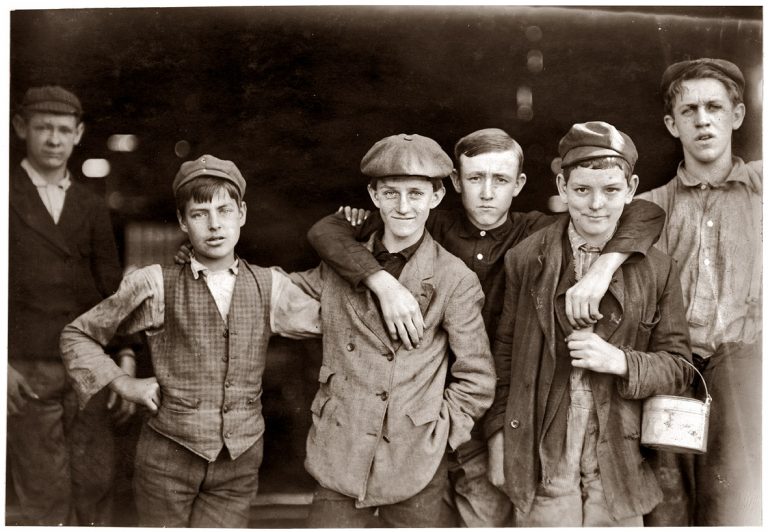 Mr. Bean’s service to his community stretched far and wide. After serving in World War 1, Mr. Bean managed St. Mary’s Athletic Club in Royal Oak. He also volunteered with the Boy Scouts of America, which is what led him to Camp Sancta Maria. Mr. Bean was a member of the Michigan Sports Hall of Fame for his successful coaching career.

In memory of Mr. Bean and his selfless sacrifices, CSM has created the Thomas Bean Honorary Award to recognize those who go above and beyond in their service to Camp Sancta Maria.

Mr. Bean passed away in 1983. We are grateful to him for not only helping to develop the core of CSM, but for serving as a prime example for all of us of servitude and commitment to wholesome ideals.

Please join us in thanking our past Thomas Bean Honorary Award recipients:

At every moment of the day, on every program, and at rest, campers are called upon to live this formula out in their lives not only at camp but at home too. The seeds of T-K-O and the roots of faith instilled at CSM have a life long impact! An example of this would be a young camper from 1963. His name, Brian Walch.

Growing up, Brian had everything a young teenager ever wanted. A nice house, fancy clothes, a full wallet, an expensive car, and all of the gizmos and gadgets a teen could dream of. Yet, Brian still had his struggles. Like many teenagers, Brian struggled with the weight of peer pressure and slowly started to fall into a very different way of life than what was experienced at camp. At the end of his senior year, and to the surprise of his high school classmates, Brian announced that he was entering the seminary.

While Brian did not have a sudden and immediate change of heart, the door of his heart slowly started opening to the Heart of Christ. At the end of his first year, Brian and his classmates entered a 10-day silent retreat and Brian announced another surprise. During Mass the priest allow the men to voice their own intentions and the door of Brian’s heart swung open as he said:

“Lord I want to tell You that I’m really sorry, that I realize I have wasted my talents, I’ve wasted the gifts you’ve given me. I’ve been a great sinner and I want to change my life and turn my life over to You.”

Brian began to drastically change his life. He gave all of his money to the poor and sold his gizmos and gadgets and started to dedicate his life to prayer. As one of his former classmates recounts a memory of an interaction with Brian in the chapel,

He came out and as he saw me he walked over to me and he said, “Tim, have you ever thought how wonderful it is that Jesus always remains with us in the Most Blessed Sacrament?”

And I remember looking at him and thinking to myself, “No… I’ve never thought this. But I believed it; and yet his face was on fire with love for God, and he had such a beautiful expression, he looked like an angel.

At the end of his second term, Brian was given the summer assignment of a poor parish in St. Louis, Missouri. It is here where Brian found his true called. Brian lived to serve the poor, he gave everything he had and at times even began to give away items that belonged to parish out of his simple and profound love for the poor. At the advice of the parish priests, Brian left the seminary in order to peruse a religious community – The Missionaries of Charity in Calcutta.

In Calcutta, Brian joined the service of Saint (Mother) Teresa of Calcutta and she sent him to aid in the evacuation of Saigon at the Vietnam War. After completing his work in Vietnam, Saint Teresa sent him to assist the people of Cambodia. Shortly after his assignment, Brian wrote a letter to his classmates saying:

“This time if I am asked to leave, I will stay, because I feel called to mix my blood with the Blood of Christ for the salvation of these people’s souls.”

Brian didn’t leave and that letter was the last that Brian ever sent. While teaching Catechism to the faithful of Cambodia, Brian lived in hiding from the Cambodian government. One early morning on his way to Mass, the communists discovered his secret route and followed him into the church and Brian was arrested. He was brought out of the cathedral and was martyred at the age of 23.

Several years later when then Mother Teresa was visiting the United States, she opened Brian’s cause for canonization. He is a man of our own time with his own struggles. He died for others. He died for Christ. We like to believe that CSM helps lay the foundations of future Saints of Church – all through the simple seeds of T-K-O and faith.